The firm, which has offices in Leeds, Newcastle and Manchester, has been appointed to the West Yorkshire Legal Framework for the next three years.

Ward Hadaway has been selected as one of only a handful of firms to provide organisations with advice in nine areas of law covering everything from childcare and community law through to employment and pensions law and public health.

In addition, a wide range of other organisations in the Yorkshire and Humberside region can access legal services via the framework including schools, academies, colleges, health organisations, central government departments and National Park Authorities. 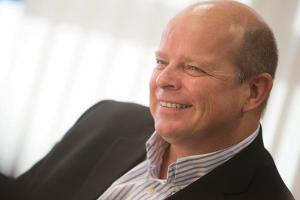 Colin Hewitt (pictured), Partner and Head of Commercial at Ward Hadaway, said: “We are thrilled with this appointment.

“To be appointed to the West Yorkshire Legal Framework is a fantastic endorsement of the expertise which we possess and our abilities as a firm to serve the diverse needs of local authorities and other organisations in the region.

“Our teams strive to provide the very best service to clients in the public sector and the fact that we have been appointed to no less than nine different areas demonstrates the broad range of high quality advice which we offer.

“We will be working very hard over the next three years to ensure that we do the best for local authorities and other public sector bodies across West Yorkshire, working collaboratively with each authority’s in-house team to the advantage of business and communities in the areas they serve.”

Ward Hadaway has a long track record of providing legal services and support to local authorities across the country in areas including the North East, the Midlands and London.

The firm’s public sector commercial team, which advises on commercial, corporate projects, governance, vires and procurement issues, is the 2017 Corporate INTL Global Awards PFI Law Firm of the Year, having won the same award for 2016, 2014 and 2013.