Tactical grievances during exit negotiations – can you refuse to hear them?

Yes you can in certain circumstances.

It is now becoming increasingly common for employees to raise tactical grievances during exit negotiations. Refusing to hear a grievance when you suspect an employee has raised it purely as a negotiation tool, does run the risk of potential claims. However, there are circumstances when you can legitimately refuse to deal with the grievance and, save yourself significant management time and cost, if you suspect the intention behind the grievance is to enhance the employees negotiation position for settlement purposes.

Too often, even when employers suspect an ulterior motive for a grievance being raised, they are likely to still investigate and deal with the concerns in the same way as any other grievance. From the employers perspective, they will not want to risk any potential claims arising from its failure to deal with the grievance promptly or thoroughly. However, when you balance this against the management time and cost involved, in interviewing witnesses, carrying out investigations, conducting the hearing and providing a reasoned written grievance outcome response letter, there are compelling business reasons for you to refuse to hear what you suspect to be a tactical grievance, driven by the employees desire to further their negotiation position during exit negotiations.

What is improper behaviour?

Key to determining whether you are able to legitimately refuse to deal with a grievance on the handling of exit negotiations is to assess whether there has arisen any improper behaviour on your part. Ultimately this is a factual assessment depending on the circumstances of each case, but it can include matters such as the following:

Even if you are satisfied that there is no improper behaviour on your part, in the handling of the exit negotiations, before you decide not to hear the grievance you should take into account the following risks:

So in summary, the next time you receive a grievance from an employee who you are in exit discussions with, consider going through the following thought process before commencing a formal full blown grievance investigation: 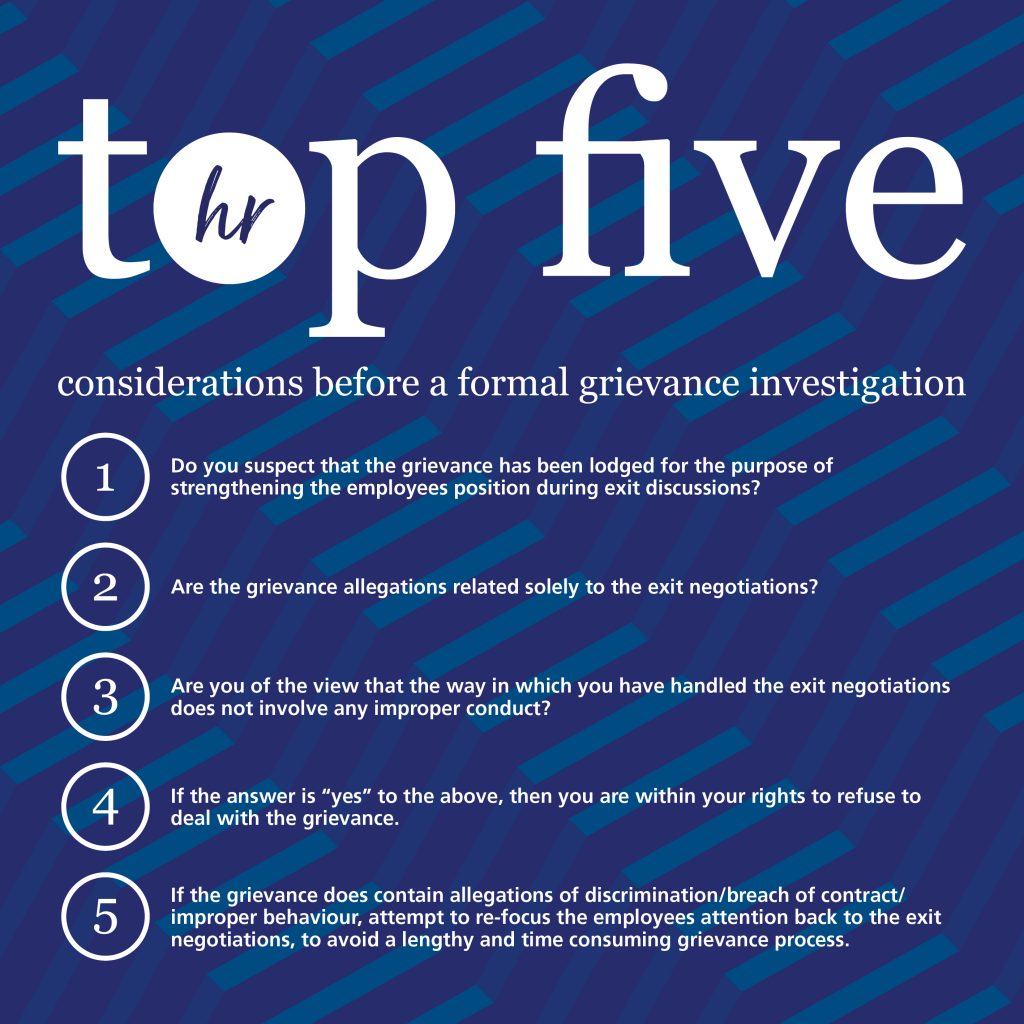 To obtain a FREE copy of our Grievance Meeting Guidance Note complete the download form.