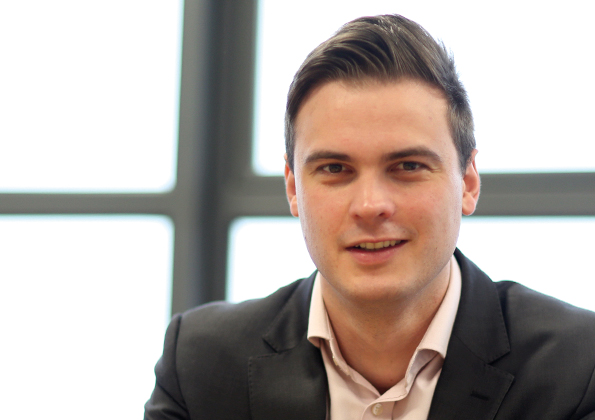 The Government has launched a consultation on proposed changes to the Working Time Regulations 1998 to address the fallout from the Supreme Court judgment in the case of Harpur Trust v Brazel.

Further details of that judgment and its impact on employers can be found here. If you would also like to read the consultation paper click here.

Unsurprisingly, the consultation paper acknowledges that the Supreme Court’s interpretation of the Working Time Regulations 1998 for workers without normal working hours does not reflect the intention of this legislation.

The paper sets out that the Government is keen to redress the current disparity under which ‘part-year’ workers are entitled to more generous holiday arrangements than ‘year-round’ colleagues working comparable hours – often significantly more generous. This would affect ‘casual’ and zero-hours staff, alongside any other workers who would be considered not to have ‘normal working hours’ for annual leave purposes.

How is the Government proposing to calculate holiday entitlement?

The key proposal under the consultation is to introduce legislation “allowing employers to pro-rate holiday entitlement for part-year workers so that they receive leave in proportion with the total annual hours they work“.

This was of course the approach taken in practice by the many (if not most) employers who utilised the ‘12.07% method’ to calculate holiday entitlement for such workers as a proportion of hours actually worked. The main practical drawback of this approach was that neither the employer nor the worker knew the workers’ holiday entitlement for any given holiday year until the very end of the year.

The headline point from the consultation paper – although it is not necessarily put forward in that way – is that the Government is intending to endorse the ‘12.07% method’ and allow employers to calculate holiday entitlement in hours (rather than the dreaded ‘weeks’ under the current legislation).

However, there is a key variation on this theme – the 12.07% method will be used to calculate the following year’s holiday entitlement, rather than the current year’s. For example, if a worker without normal working hours works 500 hours in a holiday year, their entitlement for the following holiday year would be 60.35 hours. Their holiday entitlement for the year in which they worked 500 hours would be calculated by reference to 12.07% of the hours worked in the preceding holiday year.

How would holiday entitlement be calculated during the first year?

The paper proposes that in the first year of employment, holiday entitlement would accrue on a month-by-month basis as permitted under the current Working Time Regulations 1998. This means that at the end of each month in the first year of employment, the worker will have accrued 12.07% of hours worked in that previous month (on a cumulative basis throughout the year). The employer can of course take a more flexible approach in allowing the worker to take holiday which has not yet been accrued during this initial period.

Employers will be widely relieved at the proposed endorsement of the 12.07% method, which would provide simplicity and avoid some of the most extreme anomalies thrown up by Harpur Trust v Brazel. There is also an undeniable rationale in both parties having the certainty of the worker’s holiday entitlement being fixed at the start (rather than the end) of the relevant holiday year.

However, there are important questions arising from this aspect of the proposal which are not addressed in the consultation paper:

There are a number of ways to deal with this. Perhaps the most sensible method would be for the employer to be required to calculate the holiday entitlement for the remainder of the 2024 holiday year as 12.07% of hours worked in the first 52 weeks of employment, pro-rated to the 3/12ths remaining of the current holiday year. The annual leave calculation from 1 January 2025 and in future years would then become straightforward based on 12.07% of hours worked in the previous holiday year. However, the paper doesn’t address this question.

If they then work 300 hours in the next 11 months before their employment ends on 1 December 2025, they will have had very little holiday entitlement in that period relative to hours actually worked. However, under the current legislation, their accrued holiday entitlement on termination would presumably be calculated by reference to their 14.5-hour entitlement for that year (less any hours taken as holiday), ignoring the significant additional hours worked during the year which would have been rewarded in a greater entitlement the following holiday year.

Equally, if that same worker only worked 10 hours in the 2025 holiday year before their employment ended on 1 December 2025, they would have something of a holiday pay windfall with more hours due in holiday pay than hours actually worked during that holiday year.

This is another issue which will need to be clarified in more detail. It may be that the Government decides that this is simply an acceptable price to pay for an improved but still imperfect system of dealing with annual leave for atypical workers.

What about pay when holiday is taken?

Under the Government’s proposals, holiday entitlement will be calculated in hours for these atypical workers who will, by nature, have an hourly rate of pay and no fixed working days. Surely it is then as simple as workers nominating days on which they wish to take holiday and the number of hours to be taken on that day, and being paid for them at their usual hourly rate?

It appears not. The consultation paper goes on to ask the question of how many hours are required to be used to take a ‘day off’ for these workers? The proposed answer is to calculate the length of a ‘flat average working day’. The paper doesn’t include details of how this would be calculated, although it would presumably involve a 52-week reference period of some sort.

There is then the question of the rate of pay to be applied. Whilst the number of holiday hours multiplied by current hourly rate seems to be the obvious answer, the paper does not expressly propose to amend the existing ‘week’s pay’ provisions under the current legislation. The impact of this is that employers would then still be required to calculate holiday pay by reference to average weekly earnings over the last 52 weeks – but excluding those weeks in which no remuneration has been received, unlike the new holiday entitlement calculation. The employer would then need apply that average earnings figure to the length of holiday taken (which is calculated in hours, not weeks).

This seems to be where the proposed simplified approach to holidays for workers without normal working hours falls down. It is an area to which the Government will need to give further thought based on the consultation responses.

When can we expect to see changes come into force?

Whilst some employers will have cut their use of casual staff and others will have borne the pain of calculating holiday entitlement in accordance with Harpur Trust v Brazel, many organisations have simply maintained their existing arrangements regarding holiday pay for these workers hoping for Government intervention. Whilst news of a proposed pragmatic change in the legal position will be welcomed, this doesn’t mean that the uncertainty will be resolved in the near future.

The paper does not indicate any expected timescales for the law being changed. However, it certainly won’t happen in the next few months. The consultation closes on 9 March 2023 and the Government will then consider the responses. The Government typically then publishes a detailed consultation response before any legislative process begins. As a comparative example, the bill regarding neonatal leave and pay is at an advanced stage of the legislative process, but even once it receives Royal Assent (the final stage) Ministers still expect it to be around 18 months before it is force. The Government clearly sees this legislation as a priority for employers and it may well be introduced faster, but it will be several months before the Government even announces what the final legislation will look like.

There is no suggestion that any new legislation would have retroactive effect, and this would indeed be unusual. The default position would therefore be that – for the period up to the future date on which new legislation comes into force – the legal position will remain as decided by the Supreme Court in Harpur Trust v Brazel. The introduction of new legislation would likely start the clock for the final time limit on claims against organisations whose annual leave arrangements remain non-compliant. One possibility is that the announcement of potential new legislation may press trade unions into starting to take necessary steps to mobilise group claims, or increasing the speed of any preparatory work currently being undertaken.

Any employers who need advice relating to casual workers or holiday pay should get in touch with one of our specialist employment lawyers.