Holiday pay no picnic for companies

Holidays are normally an opportunity for relaxation but recent developments surrounding the issue of holiday pay have proved far from relaxing for many businesses.

An Employment Appeal Tribunal decision in November 2014 confirmed the European Court of Justice’s view that holiday pay must be based on the pay that a worker would actually get, if they were at work, including overtime and paid travelling time. 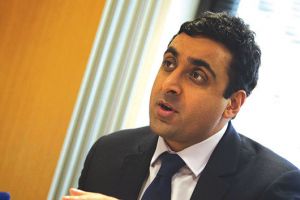 This effectively opened the way for workers who normally received overtime, bonus or travelling time payments to put in claims for backdated holiday pay.

In the wake of this decision, the Government introduced new legislation – The Deduction from Wages (Limitation) Regulations 2014 – designed to limit the effect of such claims on businesses.

The Regulations came into force on 8 January 2015 but will only apply to cases on or after 1 July 2015. They include a transition period of six months which allows workers to make claims under the existing law, providing that such claim is brought within three months after the last incorrect payment.

The Regulations also introduce a two-year backdated limitation period for retrospective holiday pay claims, which means that companies can no longer calculate holiday pay based on an employee’s basic rate of pay and must include additional payments.

The new Regulations are unlikely to have an impact on existing claims and aim to eliminate the uncertainty that arose as a result of conflicting Employment Tribunal decisions.

The two-year backdated limitation period aims to limit the long-term impact on companies, but in the short-term companies could still be liable for significant back payments and increased wage costs.

There has already been an influx of claims. This is likely to continue and employers will face the dilemma of deciding whether to revise pay to increase their rate of holiday pay to take into account back payments that could include guaranteed and non-guaranteed overtime, commission, bonuses and other pay or wait for the outcome of a potential claim.

However, the conciliation service ACAS says the change in the law is unlikely to have an impact if non-guaranteed overtime is already factored into holiday pay or only used in genuinely one-off occasions, which implies that any revision of backdated holiday pay is in the interests of the companies concerned.

Furthermore, ACAS says that providing companies limit the scope, backdated claims could help businesses plan and manage the costs they face and help maintain a positive relationship between employers and employees.

However, companies are still facing the prospect of punitive costs. This could have a negative effect on business growth, sustainability and ultimately companies may experience profit loss, a reduction in revenue growth and face the prospect of making redundancies.

As the new Regulations will not be reviewed until 2018, companies who fail to include overtime in calculating backdated holiday pay face potential employee and trade union claims which could cause delays in production or services and ultimately strike action.

This is a very tricky area for many businesses and certainly one they cannot afford to ignore.

* This article first appeared in a supplement on the Yorkshire Fastest 50 Awards 2015.