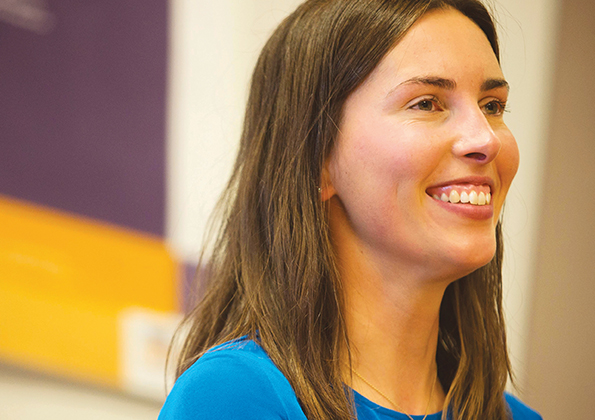 In this article we provide a round-up of recent employment cases for HR teams, providing analysis and insight as to how the rulings will apply to your organisations.

Dismissal for refusing to attend work during the Covid-19 pandemic

In Rodgers v Leeds Laser Cutting Limited, the Court of Appeal (CA) found that an employee who did not attend work during the Covid-19 pandemic, arguing he did not do so due to the threat of serious and imminent danger, was not automatically unfairly dismissed.

On 24 March 2020, the day after the announcement of the first Covid-19 lockdown, the employer published a communication asking staff to work as normally as possible. A Covid risk assessment of its premises had been carried out by an external professional. The measures put in place, following the recommendations in the risk assessment (or which were already in operation prior to the risk assessment), included advising employees about social distancing and hand-washing, wiping down surfaces, staggering start/finish/lunch/break times and making masks available.

The size of the workplace and the nature of Mr Rodgers’ normal work as a laser cutter made it easy to observe social distancing. Mr Rodgers gave evidence that he was on occasion asked to do tasks where social distancing was not possible but he did not object to this at the time.

After working the remainder of the week, Mr Rodgers obtained an isolation note via NHS 111 for the period 28 March to 3 April 2020. On 29 March he texted his manager: “Unfortunately I have no alternative but to stay off work until the lockdown has eased. I have a child of high risk as he has sickle cell anaemia & would be extremely poorly if he got the virus & also a 7 month old baby that we don’t know if he has any underlying health problems yet.”

Mr Rodgers was dismissed with effect from 26 April 2020. He was unable to claim for “ordinary” unfair dismissal because he did not have 2 years’ service. Instead, he claimed “automatic” unfair dismissal, asserting that he had been dismissed for exercising his rights under section 100(1)(d) of the Employment Rights Act 1996. The legislation provides that an employee shall be regarded as automatically unfairly dismissed if the reason for the dismissal is that “…in circumstances of danger which the employee reasonably believed to be serious and imminent and which he could not reasonably have been expected to avert, he left… or… refused to return to his place of work…”

The Employment Tribunal (ET) dismissed the claim. It found that whilst Covid-19 was capable, in principle, of giving rise to circumstances of serious and imminent danger, it did not do so in this case and Mr Rodgers did not have a reasonable belief that such circumstances existed.

His appeals to the EAT and then to the CA were dismissed.

The CA set out 5 questions that an ET has to decide in this type of claim:

In relation to the first question, the CA found that the ET did not make an error in finding that although Mr Rodgers believed there was a danger in the community at large, he did not believe there was a serious and imminent danger specific to the workplace.

Question 2 did not therefore arise but the CA stated that the finding would have been that his belief was not reasonable.

Is it fair to reopen a previously concluded disciplinary process?

In Lyfar-Cissé v Western Sussex University Hospitals NHS Foundation Trust and others, the EAT found that it was not unfair for an employer to reopen a disciplinary process that had ended with a final written warning and to subsequently dismiss an employee.

The claimant was an associate director of transformation at Brighton & Sussex University Hospitals NHS Trust (Brighton & Sussex) with responsibilities for improving race equality for employees and service users. In November 2016, she was given a final written warning by Brighton & Sussex for:

Following an inspection of Brighton & Sussex in April 2016, the Care Quality Commission (CQC) found that bullying, harassment and discrimination was “rife in the organisation” and that BME staff felt there was a “culture of fear”.

Brighton & Sussex was rated as “inadequate” and placed in Special Measures and the executive team of another NHS Trust, Western Sussex University Hospitals NHS Foundation Trust (Western Sussex), took over its management.

The new managing director saw the outcome letters from the disciplinary process relating to the claimant and raised concern that the findings called into question “her ability to have a leadership role on equality issues” and whether “there are fit and proper person issues”, which was a reference to a requirement relating to directors under the Health and Social Care Act 2008 (Regulated Activities) Regulations 2014.

The new CEO held a further disciplinary hearing and found that the claimant’s ability to perform her leadership role had been “fatally undermined” by her conduct. Her employment was terminated with 3 months’ notice.

The claimant’s claims for unfair dismissal, automatically unfair dismissal by reason of victimisation and detriments for making protected disclosures were dismissed. She appealed, arguing that the disciplinary proceedings should not have been reopened. Her appeal to the EAT failed.

The EAT stated it is clear that re-opening a previously concluded disciplinary process is an unusual step which will always require a sufficient justification. However, the ultimate question for an ET in an unfair dismissal claim will always be the factual question of whether in all the circumstances the dismissal was fair or unfair.

The EAT found that the ET had not erred in law in reaching its decision. The ET had set out its reasoning for its decision that the claimant’s dismissal was within the range of reasonable responses – having regard to the findings made in the initial disciplinary process, the role held by the claimant, the criticisms in the CQC report and the claimant’s unwillingness to accept any responsibility.

Admissibility of documents at a remedy hearing

In Health and Safety Executive v Jowett, the EAT held that documents from a previous period of employment were admissible at a remedy hearing.

The claimant had a job offer of trainee health and safety inspector rescinded by the Health and Safety Executive (HSE). He succeeded with his claim for disability discrimination and sought to claim for five years loss of future earnings by way of compensation.

The claimant had previously been employed by the HSE as a trainee inspector from April 2008 to January 2011. He did not complete his training.

The HSE wanted to rely on documents from this earlier period of employment to support its argument that the claimant would not have continued in the role for five years had the job offer not been withdrawn.

A case management order determined that these documents, some of which were over 10 years old, were inadmissible and could not be relied upon.

The HSE appealed and the EAT allowed the appeal. The documents relating to the earlier employment had at least some relevance to the remedy hearing, they were not large in number and their admission would not disrupt preparation for the hearing. The Judge had failed to consider at the remedy hearing that it was necessary to assess the chance of the claimant remaining in the role.

Tribunals have a wide discretion to determine whether evidence is admissible and these documents were admissible and could be relied upon by both parties at the remedy hearing.

For more information about any of the cases above, or to inquire about any other matters please get in touch with Katie, or any of our other expert Employment Solicitors