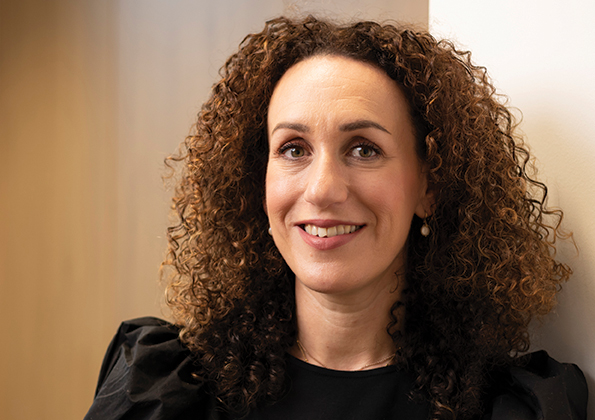 Dismissal for refusing to be vaccinated against COVID-19 is fair says the Employment Tribunal in the case of Allette v Scarsdale Grange Nursing Home Limited.

Note: the facts of this case pre-date the mandatory vaccination requirements for Care Homes and now the healthcare sector.

After a serious outbreak of COVID-19 in December 2020, which resulted in a number of resident sadly passing away, the owner of the Respondent Care Home, decided to make it mandatory for their staff to be vaccinated. This was at a time when the country had just gone back into the second lockdown, case numbers were extremely high, and the vaccine programme was being rolled out for those people who worked in care homes and healthcare settings as well as the vulnerable.

Ms Allette refused to have the vaccine. Her initial explanation was that she mistrusted the vaccine, its effectiveness and its safety. She believed it was a conspiracy. Ms Allette later claimed that she would not have the vaccine due to her religious beliefs – she is Rastafarian and only believes in using herbal remedies. The Respondent did not accept this explanation as it was not the one she had given when she was first asked. They suspected that she had made up this explanation to claim discrimination.

Ms Allette was dismissed for refusing a reasonable management instruction to be vaccinated.

At the Employment Tribunal, Ms Allette argued unfair dismissal and wrongful dismissal. One of the arguments in support of her unfair dismissal claim was that Article 8 of the European Convention on Human Rights was engaged and the dismissal interfered with these rights. Article 8 says that everyone has the right to respect for their private and family life.

The Employment Judge found that the Claimant’s primary reason for refusing the vaccine was that she did not believe that it was safe and that she was sceptical about it and thought it was a conspiracy. He did not accept the explanation she had given in her witness statement that it was because of her religious beliefs. The Employment Judge commented on the fact that the Claimant had not presented any medical authority or clinical basis for her belief that the vaccine was unsafe and nor was he “persuaded that the claimant’s actions in relaying on unidentified Internet sources and believing that there was a conspiracy about vaccinations, constituted a reasonable refusal of a management instruction to have the vaccine.”

In relation to the breach of Article 8 the Employment Judge accepted that Article 8 was engaged by the employer’s instruction that an employee must be vaccinated, unless they have a reasonable excuse, as it interferes with the employee’s physical integrity. The Claimant faced disciplinary action and dismissal because she would not have the vaccine. The question for the Employment Tribunal was whether there was justification for the interference in this case i.e. could dismissal for refusing to have the vaccine be justified?

Justification includes considering whether the interference was necessary in a democratic society, the legitimate aim of the interference and the proportionality of the interference to the legitimate aim being pursued. The Employment Judge determined that the Respondent’s aim to protect the health and safety of its residents, staff and visitors to the Home during the pandemic was legitimate. There was a secondary aim, also legitimate, about concern over the withdrawal of insurance cover. The requirement for staff to be vaccinated corresponded to a pressing social need to reduce the risk to residents who were amongst those most vulnerable to severe illness and death. The impact on Ms Allette of refusing to have the vaccine (i.e. losing her job) did not outweigh the Respondent’s legal and moral obligations to protect its vulnerable residents, the risk to staff and the Article 8 rights of those residents and other staff and visitors.

The Employment Judge considered whether there was a less draconian way for the Respondent to have achieved its aim without dismissing the Claimant and decided that there was not. He accepted that there was no alternative job that the Claimant could do; the risk she posed to the residents if she remained unvaccinated in that the residents could not all be vaccinated because of their vulnerabilities; that the vaccine was not 100% effective and that visitors might be unvaccinated. He decided that the Respondent had acted within the band of reasonable responses and dismissal was proportionate in the circumstances.

This is a first instance decision and therefore not binding. The Employment Judge specifically stated in his Judgment that this decision should not be taken as a general indication that dismissal for refusing to be vaccinated against COVID-19 is fair. However the Employment Judge’s findings on the Claimant’s reasoning for refusing the vaccine, even at a time when it was not mandatory to have the vaccine, provides some useful points of challenge if you find yourself in the same position. The discussion around the potential breach of Article 8 too is helpful particularly for those public sector organisations. If you don’t have time to read the whole judgment, take a look at paragraphs 66, 73, 73 and 81.

Our healthcare employment specialists are offering all healthcare organisations (clients or not) unlimited free advice on implementing the mandatory vaccine requirements  – (Vaccination as a Condition of Deployment – VCOD)*.  Please contact Caroline Shafar caroline.shafar@wardhadaway.com or Stuart Craig stuart.craig@wardhadaway.com in the first instance.

*advice on dismissal will be at a low rate fixed fee.