Pensions experts at Ward Hadaway say that changes to pensions law allowing members of workplace pensions to access their pensions savings as cash from April 6 this year could disrupt their employers’ business.

And they warn that having to deal with disgruntled employees and departing staff may be some of the unexpected effects of the radical shake-up announced by Chancellor George Osborne in last year’s budget.

From April 6, the law will allow anyone aged over 55 with a money purchase pension scheme (also known as a defined contribution or DC scheme) to withdraw any amount from the funds they have built up in that scheme.

However, the law is not overriding and workplace pensions are not obliged to provide this flexibility. 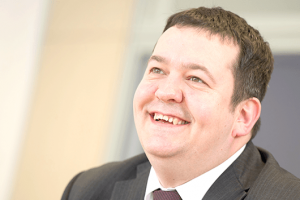 Ian O’Toole, Partner in the Pensions Team at Ward Hadaway, said: “These changes could affect companies in two very different ways, each with the potential to cause serious disruption.

“For example, staff aged over 55 may be expecting to be able to dip into their pension pots immediately after April 6 and take out as much money as they want.

“Only the newest schemes are likely to offer the flexibilities announced by the Chancellor, so many employees will be disappointed and will likely demand an explanation from their employer as to why their workplace scheme doesn’t do what the Chancellor promised.

“The other risk is that if your workplace pension scheme does allow people immediate access to their pension pots and a large percentage of your staff are over 55, they may decide to take the money and go, leaving you with a serious shortage of employees which could affect the fulfillment of orders, contracts, etc.

“Neither situation is ideal and both have the potential to cause serious headaches for companies of all kinds, especially with pensions auto enrolment already a reality for all but the smallest companies.”

Final salary schemes (also known as defined benefit or DB schemes) will not be permitted to allow access to cash under the new rules.

This in itself may cause members of these schemes to be disgruntled when they see the flexibilities enjoyed by colleagues with DC pension schemes.

However, members of DB schemes will be able to transfer their benefits to DC schemes in order to access the flexibilities. 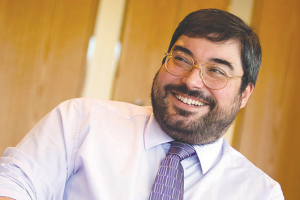 Tristan Mander, Associate in the Pensions Team at Ward Hadaway, explained: “Members of DB schemes cannot cash those in or draw amounts from them, but they will be free to transfer from those schemes to a DC scheme which would allow them to do so, as long as the member takes appropriate financial advice on transfers over £30,000 in value.

“There will be new procedures for trustees of DB schemes to check whether the member has taken such advice, before trustees can pay out the transfer. Because the Financial Conduct Authority (FCA) is tightening the rules as to which financial advisers may advise on such transfers, there might not be many qualified advisers to meet the demand, leading to delays.

“Furthermore, if a lot of employees in a DB scheme decide that they want to transfer, that will put quite a strain on the funding of the DB scheme and may put at risk the benefits of the employees who want to stay in the DB scheme.

“The trustees will have greater powers to reduce the amount of transfers so as to avoid these situations, but this will mean that employees wanting to leave the DB scheme will not get full value to start with.

“Despite all of the protections that have been put in place, there remains a danger that employees in a DB scheme who transfer to a DC scheme could find themselves worse off.

“In that situation, their first port of call to complain about the situation is likely to be their employer so there could be some very busy HR departments over the next few years.”

In light of the potential effects of the pensions shake-up, employers are being encouraged to take action now.

Ian O’Toole said: “The first thing employers need to do is to check what their current pension scheme allows or does not allow and, if it is currently restricted, they should be deciding whether they think they should allow it to be changed to enable people to take up the new freedoms.

“If the current scheme already allows this, employers need to assess their current workforce as a matter of urgency to see which workers may decide to cash in pensions and leave. They should then consider contingency plans in case a ‘worst-case’ scenario does play out and they face an exodus of workers.”

Ward Hadaway’s Pensions Team provides advice to companies and pensions trustees on all kinds of schemes and associated issues.