Gender Identity and the Employment Tribunal 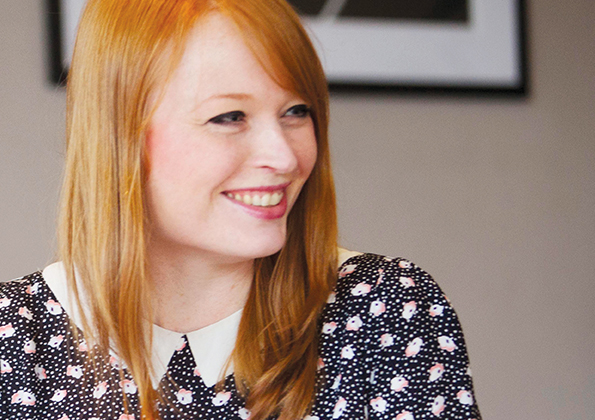 Gender identity is attracting headlines in the news at the moment.

It is a topic on which many people have a strong view. As tends to happen, what is topical in society has a habit of becoming a focus in the workplace and has an impact on cases we see coming through the employment tribunals.

I was recently preparing for an employment law update webinar and was struck with the sheer number of new cases concerning philosophical beliefs surrounding the topic of gender identity. Most of us will be aware of the various controversies in the media concerning gender identity, with high profile contributions from the likes of JK Rowling, Daniel Radcliffe, Germaine Greer and Piers Morgan. This is a topic that seems to resonate as it is hugely important to many people and has divided opinion in various spheres of life.

The world of sport certainly hasn’t escaped the controversy. Clearly, gender identity is more complicated in sports by the physical implications of sex: physical difference relating to testosterone levels and skeletal, muscle and fat distribution are often considered to give transgender women an unfair competitive advantage. The rise to prominence of a number of transgender women in various women’s sports has brought the issue into sharp focus. As the Guardian commented in an article from 21 June 2022, “the biggest battles in this summer of sport are being fought over in the boardrooms and backrooms, as federations wrestle with the thorniest question of all: should transgender women be allowed to participate in female sport?”. This is not an easy issue. Both swimming and rugby league have taken very difficult decisions to ban transgender women from female international competitions, and many sports, including cycling, have rules in place limiting testosterone levels to permit transgender women to compete in the female category. Even in the world of snooker there has been controversy- British transgender player Jamie Hunter faced significant backlash from the public and fellow players, who called for her to be banned from competing in the women’s game.

Views in the world of sport are wide ranging, from Sebastian Coe opining that “fairness is non-negotiable” and “biology trumps identity” to the UCL, cycling’s governing body, taking the view that “some unfairness” to females in sport is acceptable in exchange for being inclusive. Regardless of which side of the fence you sit on in relation to these views, there is no denying that for some their beliefs in this area are strongly held, and sometimes make their way into the workplace. When this happens, the equivalent to a workplace Twitter storm can break out, with similarly striking potential ramifications.

Philosophical Beliefs in the workplace

This is not a new area of law: we have long been familiar with the principles established in the case of Grainger plc v Nicholson in terms of what needs to be taken into account in order for a philosophical belief to be protected.

How do you know if a belief is ‘protected’?

The Grainger test provides that in order for a belief to be protected under the Equality act it needs to be:

This checklist applies to the assessment of any belief and where someone’s view meets this criteria then they are entitled to protection from discrimination in relation to that belief in broadly the same way as the other protected characteristics under the Equality Act. There have been a range of claims in the Tribunal over the years claiming that various different beliefs are capable of protection, from Nazism and totalitarianism, to being a Rangers football fan and veganism, and the recent interest in gender identity seems to have sparked a fresh round of claims.

Just because someone has a protected characteristic, doesn’t mean they have been discriminated against

In Bailey v Stonewall and Others, the Claimant, a barrister, believed that women are defined by biological sex rather than gender identity and that “gender theory” (as promoted by Stonewall, a LGBTQ+ charity) is detrimental to women e.g. by denying them female only spaces. The Tribunal held that this was a protected belief, that is it met the Grainger test, and therefore the Claimant was protected from discrimination on the basis of that belief.

Similarly, in Forstater v CGD Europe and others the EAT overturned the Tribunal’s earlier decision that a belief that individuals cannot change their biological sex was not a philosophical belief due to the fact that it is a view not worthy of respect in a democratic society. The EAT made it clear that only beliefs that espouse violence and hatred in its gravest forms would fail the test of being worthy of respect in a democratic society. This is an important case: the decision that only the most extreme and harmful views are incapable of respect in a democratic society must be the right decision, otherwise Tribunals, and employers, will find themselves in a position of making judgement calls on individuals’ views. Free and independent thought is a key principle of our society, and individuals are able to have their own beliefs and views, regardless of whether or not others share those beliefs, without being discriminated against.

Typically, however, whether or not something is capable of amounting to a philosophical belief worthy of protection is only the first issue we need to consider in a discrimination claim of this nature. Simply because someone has a protected belief does not mean that they have been discriminated against.

Take the recent case of Mackereth v DWP, concerning a doctor working as a health and disabilities assessors whose contract was brought to an end after refusing to confirm that he would comply with a policy which required him to use the preferred pronouns of transgender individuals. Dr Mackereth relied on what he termed a religious belief that people cannot change their sex and that he objected to having to accommodate someone’s “impersonation” of the opposite sex by referring to them by their preferred pronouns. The DWP considered ways in which Dr Mackereth’s views could be accommodated, for example not being required to assess transgender people, but concluded that they could not. The Tribunal accepted that Dr Mackereth’s belief was protected as a philosophical belief under the Equality Act, as it met the 5 tests set out in Grainger, but it also concluded that Dr Mackereth had not been discriminated against by the decision to terminate his contract as the DWP, as his employer, were required to carry out a balancing exercise. The Claimant in this case was not dismissed due to his beliefs, but rather as a result of refusing to comply with a policy, the result of which was likely to cause distress and offence to the applicants he was assessing. In these circumstances, the employer was able to justify its decision to terminate his employment for these reasons. It is crucial to bear in mind that an employer is not required to accommodate or allow all manifestations of a belief in the workplace, particularly where that manifestation conflicts with its other obligations.

Similarly, in Higgs v Farmor’s School, the Claimant was a Christian teacher in a school and was dismissed after making comments on Facebook which the school believed were homophobic and transphobic. Mrs Higgs asserted that her lack of belief in gender fluidity and that someone can change their sex or gender, as well as the view that when “unbiblical views” were expressed she should counter them, were protected beliefs. It was decided that the Claimant’s beliefs were protected as philosophical beliefs under the Equality Act, however the Tribunal also ruled that she had not been discriminated against, rather she had been disciplined and dismissed because of the nature of her Facebook posts which went much further than those beliefs, and could have led a reader to believe that she was homophobic and transphobic.

Unsurprisingly, the Equality Act requires tolerance of a range of views. As employers, we won’t always agree with all of the views held by our employees. Where those views are strongly held then they may amount to a philosophical belief, attracting protection under the legislation specifically set up to safeguard the rights of those with protected characteristics, including their belief system as much as any other protected characteristic. However, this does not give employees free reign to express or manifest those beliefs in ways that cause difficulties for the employer. For the moment at least, the debate on gender identity rages on, and as it continues to do so we will see more cases coming through the employment tribunals.

If you have any questions concerning anything in the article above, please do get in touch with one of our expert Employment solicitors.

More from the Employment Law Digest